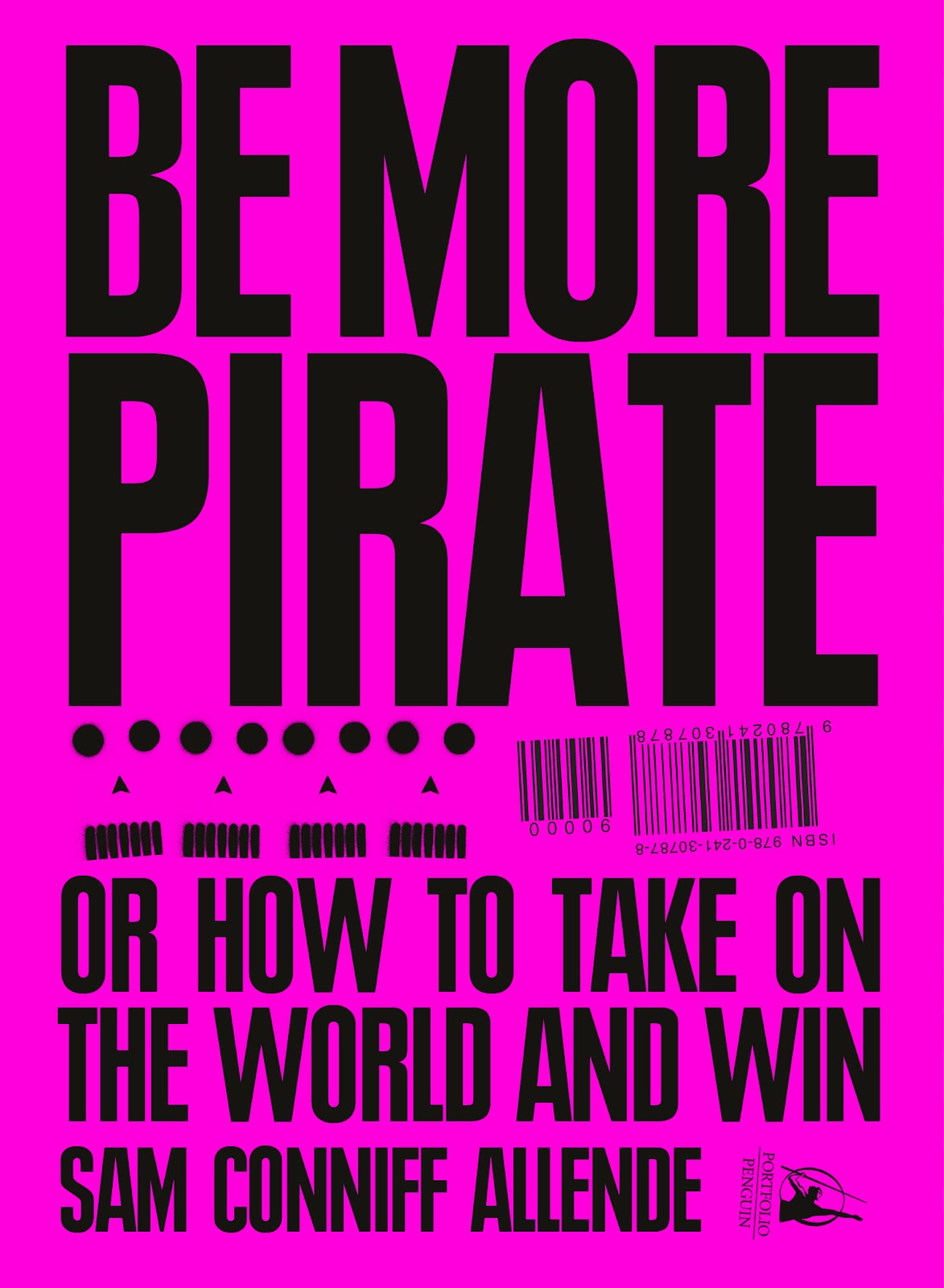 This is a summary of the key points in the book. Its purpose is to give a quick introduction to the ideas behind the movement. The book is way more interesting, with lots great stories, quotes and examples. So go and read the book!

300 years ago a small group of professionals rebelled against the tyranny of their society and became pirates. So began ‘The Golden Age of Pirates’ (1650 – 1720) and the original change-makers were born. And what changes they made.

Their alternative society and strategies changed the world for good.

Firstly, though, forget all you know about pirates. They weren’t the murderous immoral ‘enemies of humanity’ they were painted by the establishment, which was itself brutal, exploitative and repressive. Yes, there were some psychopath Pirate Captains but probably no more than the proportion of psychopath CEOs today. And yes, they were thieves, unless they were doing it for the Queen, in which case they were heroes like Francis Drake. But they were also incidental pioneers of

which were all enshrined in the rules of society that they wrote themselves.

This society not only existed on pirate ships but led to the creation of a ‘Republic of Pirates’ at Nassau on the Caribbean island of New Providence (part of The Bahamas today).

And cocktails. They invented those too. So they definitely had a good side.

The Making of a Pirate

1. Rebels with a cause

You can start to become a pirate by becoming a rebel. You can do that by taking a small step.

Rebel against pointless rules. When it will lead to positive change, do the opposite of what you are told to do.

To be a pirate, you must call time on nonsense and commit to call out whoever is in charge when they make up rules that suck.

Modern day pirates have started with a small group of rebels and have gone on to change whole industries, and indeed the world.

Pirate Radio began in the 1964 to get around the state monopoly of the BBC when Radio Caroline started broadcasting from just outside UK territorial waters. Within a couple of years, several other pirate radio station appeared, which led the BBC to rejig it’s channels and introduce Radio 1 to play ‘pop’ music. Eventually, it led to a change in legislation that created commercial radio stations.

At the start of the internet revolution, Napster and Lime-Wire emerged as popular file-sharing sites that people used to share music. The response of the music industry was, as usual, to stay and shut down the pirates. Steve Jobs argued that it showed there was a huge demand for music in digital format and cajoled the industry into supporting iTunes as their platform for ‘going digital’. This revolution continues today with the emergence of Spotify and other streaming sites.

Sites like Pirate Bay demonstrated the vast opportunities for film sharing and streaming that led to Netflix, iPlayer and the host of other services we see today.

Blockchain, the technology behind bitcoin and other crypto-currencies, is challenging the financial industry and many others others that require verification of exchange and bona-fides.

You can start small. Malala started with a blog about girl’s right to education in Afghanistan, which got picked up by the New York Times who made a documentary on her. The Taliban attempted to murder her but she thankfully survived and she went on to found non-profit to help girls acmes organisation, wrote a book and was awarded the Nobel Peace Prize in 2004.

Her small act of rebellion was to write a blog, which was radical in the context of her environment. It has led to a global movement for change.

Rebellion is scary and messy but it’s necessary to cause good trouble, the kind you’ll be proud to tell your kids you took a stand for. It is the first step, though. You have to break a rule and cause a bit of chaos to create the opportunity for change.

The pirates changed the game, rewrote the rules and altered the course of history. They didn’t just want to tear down the old order; they wanted to create something better, for themselves.

They didn’t set out to create a utopian future but by rejection the status quo they ignited a spark and showed an alternative that like minds could gather around.

They broke the rules and replaced them with better ones

They did this through mutiny.

Mutiny is the route to writing new rules, the bridge between the act of destruction and the act of creativity and the gravitational force that will pull other pirates to your cause.

Start small, dream big and get going – that’s how pirates bend, break and remake the rules.

Collaborate to achieve scale rather than growth

The pirates collaborated to overcome the much greater forces of the Royal Navy. The total number of pirates is estimated to have reached 1,500. At the beginning of the Golden Age, the Royal Navy had 45,000 men, a ratio of 30:1. This fell over the years to 15,000 but that still represented overwhelming odds or 10:1.

Pirates collaborated to scale up rapidly for missions

Ditch the inferiority complex and believe that if you start small and then secure deep engagement from your crew, open collaboration will help you change whatever you have in your pirate sights.

Peter Maulik states in his essay “The Paradox of Scale” that now ‘the world favours the underdog’. For ‘big’ organisations, their scale has gone from being an asset to being a liability as upstarts have the agility tools that were previously only a global infrastructure would allow.

Pirates redistributed power through strategies that are became prevalent and are considered norms today.

Pirates didn’t just tell tall tales, they creatively weaponised the art of storytelling. The cultivated and curated their own myth.

Being able to communicate your idea effectively is as important as coming up with the idea itself.

The Jolly Roger was the first Global Brand. It’s message known around the world – “Surrender or Die”. The intention was to create fear amongst the ship being attacked so that they would surrender and fighting could be avoided.

Blackbeard took the whole thing to a new level. He wore an all black get up, a brace of pistols across his chest and cutlasses on both sides. He would then light fuses he had put in the end of his huge beard to appear and his frightening and monstrous figure, so terrifying al who saw him. He told highly exaggerated stories about himself in support of his image so that no-one had the courage to challenge him. He was so successful that he was the most feared pirate on the high seas and yet never actually killed anyone.

A great modern day exponent of this art of storytelling is Banksy. A pirate of our time.

At the heart of the pirate society was ‘The Pirate Code’, essentially a manifesto of pirate law. It was flexible and fluid yet rigorous and robust.

The code was reformulated for each mission, and adapted and augmented through experience. It was worked out collaboratively with the crew and enshrined fundamental pirate principles. Along with these strategic themes, it also included tactical things, like not smuggling women aboard and not getting drunk before the prisoners were locked up!

It was simple, clear and memorable. It had to be because many pirates were illiterate and it was rarely written down, as possession of it would be proof you were a pirate and meant you would be hanged.

There was remarkable consistency between pirate codes between the crews and over the years. Given that there was no ‘pirate wiki’ to find out what others were doing, it shows the endurance and commonality of the ideas and values that the pirates held.

At the heart of the Pirate Code was deep trust.

This example of a Pirate Code was written around the middle of the Golden Age but shares many articles in common with those from the beginning and the end of the period.

The Articles of William Kidd -1696

The Pirate Code was taken back to the UK and Sam contends it inspired the Co-operative Movement, which began to emerge some 40 years later in the very areas that the pirates came from. The evidence is in the commonality of the principles and the radical nature of the movement when it began. From the Co-operative Movements there is a much more explicit line to the Social Enterprise movement we see today.

“All change, even very large and powerful change, begins when people start talking with one another about something they care about”

Five ways to be a Pirate

Amazing stuff, right? So now go and get the bloody book! https://www.bemorepirate.com/the-book 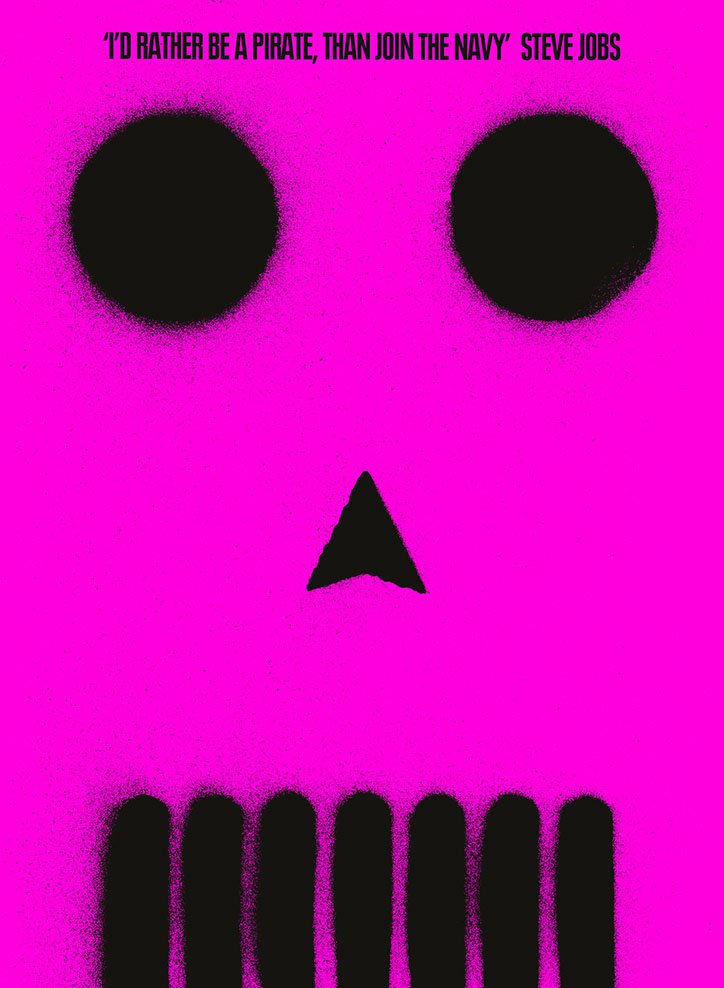